The Glowing History and Tradition Behind Christmas Roof Lights 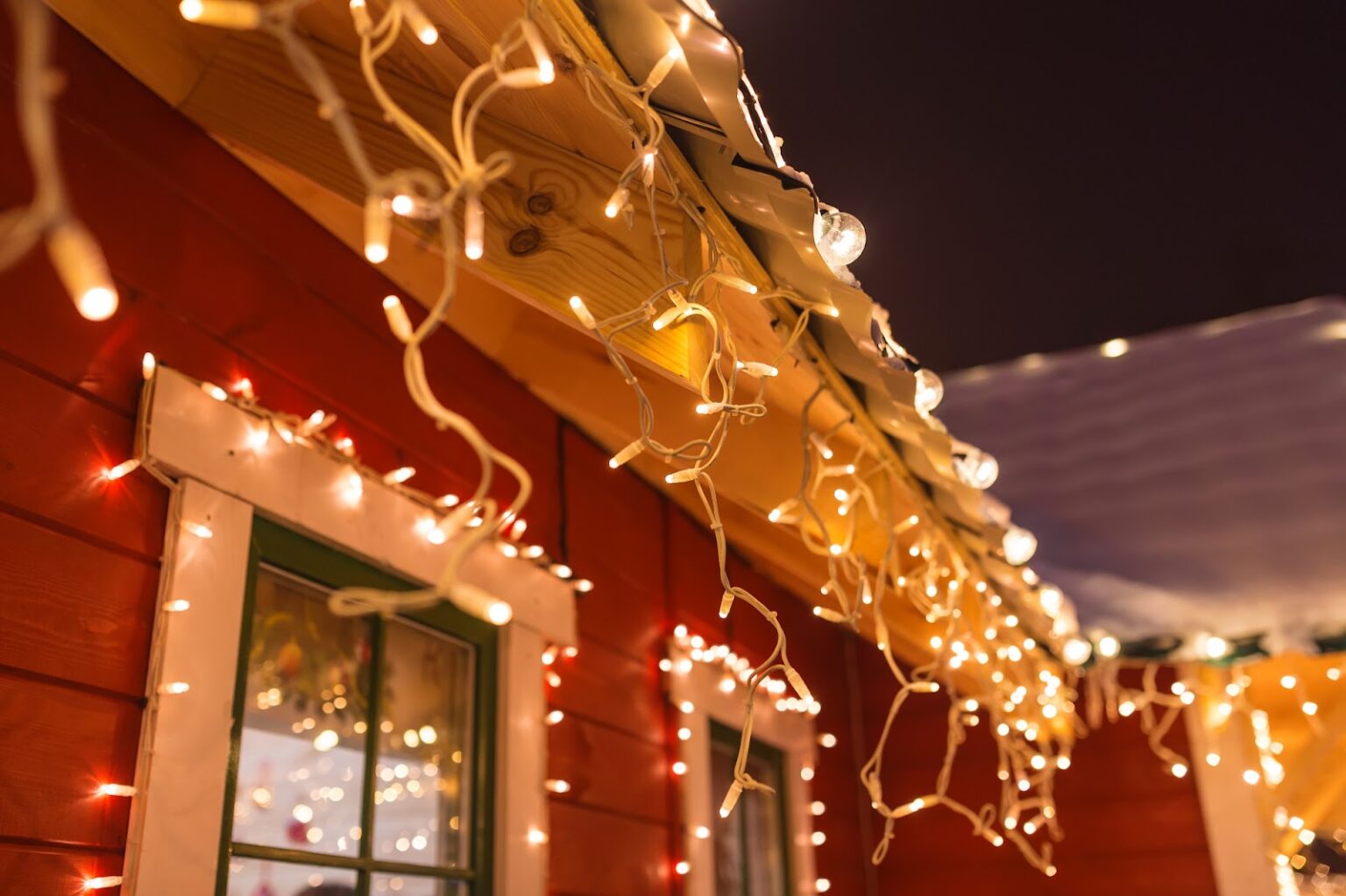 …and then there were lights. Christmas lights. It’s a definitive aspect of an American Christmas tradition that goes back to our early history. Many roofs will be decked with glittering LEDs this year. Every December, hundreds of thousands of slanted roofs, straight roofs, slate roofs, shingled roofs, windows, and sidings light up as the nation’s neighborhoods decorate their homes in multi-colored, bright, red, or green lights alongside winter wonderlands, nativity scenes, and modern Christmas characters from stories new and old.

For many people, getting up on the ladder and hanging lights from the roof is a family event. Here at Roof Toppers, we love the many creative ways people transform their roofs and front yards. We know that turning your home into a spectacular manifestation of the Christmas spirit is a beloved part of the nation’s holiday season. It’s probably why Americans spend up to $6 billion on Christmas decorations. So where do the brightly lit Christmas tree and intricate roof lights come from? This holiday season, we thought we’d trace back the history of Christmas lights.

Light has a symbolic meaning around the world and different cultures have always used the transformative power of light to indicate special occasions. Ancient cultures were known to light fires in an attempt to lure the sun back during the darkest times of the year, i.e. winter. The little Christmas lights that envelop pine trees and decorated rooftops is as American as it gets, thanks to quick innovation and technology. It didn’t take long for lighting up your house to become a sensational and marketable endeavor.

One of the earliest stories of decorative trees involves Martin Luther, the leader of the Protestant Reformation walking through the woods and being completely overtaken by the glaring beauty of the stars peeking through the pine trees. He rushed home in an attempt to recreate the beauty and set up an evergreen tree with wired wax candles.While the precise details of the story might be slightly mythical, the German Lutherans are often credited with bringing the lighting of trees to the New World as early as 1747.

It was a picture of Queen Victoria and Prince Albert that spearheaded the popularization of tree-lighting when the representation of the royal family around a glowing evergreen tree was embraced by the American populace. Back then, of course, it was expensive to light up anything and the fashionable trend was mostly reserved for the wealthy. It wasn’t until a member of Edison’s team, Edward H. Johnson invented an early version of what we know today as a Christmas light. In 1882, Johnson decided to hang up some of Edison’s lights on a tree. When a small Detroit newspaper picked up and printed the story, it became quite a sensation.

Christmas decorations quickly became their own industry. By the 1950s, you had the famous aluminum Christmas tree phase. Who can forget! The 1960s came closer to the mini-lights that we see today and the decades of the 70s and 80s saw an explosion of the Christmas-lighting extravaganzas. People really went all out and even held neighborhood contests. During this time, setting up lights on your roof became so enshrined within the holiday season and this was really the height of the Christmas-light-craze.

Countless movies and TV shows highlight the mad rush to be the brightest home in the neighborhood during the holiday season. Who could forget the magical moment in National Lampoon’s Christmas Vacation when Clark Griswold dramatically plugs in the Christmas lights and drains the whole neighborhood’s light supply? These are classic Christmas movie moments.

Today, many nationwide lighting ceremonies and traditions continue to showcase the beauty of lights. From the National Christmas Tree in Washington, D.C, to the Rockefeller Center Tree in N.Y.C, the Delray Beach Tree in Florida, Dallas Galleria Tree in Texas, the country lights up every year!

Quick Tips on Hanging Lights on Your Roof or Gutters

If you are a festive sort and want to go all out this year in lighting up your home, here are a couple of things to keep in mind:

Enjoy the Tradition and Think Safety

Here at Roof Toppers, we are concerned with the safety and efficacy of your roof. We’re not Christmas light experts, but we know a thing or two about getting up on a rooftop and staying safe. So if you’re doing so this year, make sure to keep safety first! And if you have any roof trouble or leaks, call the professionals at Roof Toppers.

Contact Us
PrevPreviousPros and Cons of Different Roofing Materials: Asphalt, Metal, and Slate
NextA Brief History of Roof Coating & Why It’s Important for Your Commercial Roof Next

Let’s get in Touch

Roof Inspections by appointment only.